Natalyn Mosby Archibong is serving her fifth term as a member of the Atlanta City Council.

Prior to her election in 2001, Natalyn was very active in many civic and community organizations. She founded the East Atlanta Business Association and served three consecutive terms as its president. Under her leadership, the East Atlanta Village became a distinctive commercial node, attracting a diverse and eclectic mix of businesses providing retail, entertainment, food, and services. As an education activist, Natalyn served as corporate secretary for APPLE Corps, Inc., and established Organized Association of Schools in Southeast Atlanta (OASIS)—a parent sponsored public school advocacy group.

Professionally, Natalyn began her career as an education evaluator with the Georgia Department of Education.  Later, she served as the Crim Cluster coordinator through The Atlanta Project and became the executive director of the DeKalb Initiative for Children and Families. She is currently an attorney in private practice and her office is located within the council district she serves.

Early on, Natalyn’s parents introduced her to excellence in education, civic involvement and public service. In fact, public service has become a family tradition. Her father, Nathaniel Mosby (an Army veteran and career Federal Government employee), was the second African-American to serve on the DeKalb County Commission. Her mother, Gwendolyn Mosby, is a retired Atlanta Public School teacher.

Natalyn currently serves as the chair of the Community Development/Human Services committee, and as a member on Finance/Executive and Transportation Committees, and Committee on Council.

Her legislative accomplishments include sponsoring zoning legislation which resulted in the Edgewood Retail District and the creation of over 1,600 jobs and more than 10.1 million dollars in annual tax revenue; Sponsoring the Imagine Memorial Project, which created transportation and comprehensive planning along the Memorial Drive corridor; establishing a taskforce to study the environmental hazards associated with second-hand smoke; legislation acquiring more than 10 acres of greenspace in District 5; Sponsoring legislation creating the historic designation for Pratt Pullman Yard; providing funding for two new LEED certified fire stations; legislation directing the City’s Chief Financial Officer to provide greater transparency in matters regarding the City’s financial standing; and establishing the City of Atlanta housing commission to study affordable housing initiatives and opportunities in the City of Atlanta.

Natalyn has previously served as Chair of the City Utilities Committee, as well as on the Board of Directors of Atlanta’s General Employees’ Pension Fund; Trustee of the Atlanta-Fulton Public Library System; and the East Lake YMCA board.

Natalyn is a member of the Leadership Atlanta Class of 2003, and was recognized as an Atlanta Business League Top Woman of Influence in 2012 and 2013.

Natalyn is divorced and has a daughter, Miriam Archibong. Miriam, a product of Atlanta Public Schools, is a graduate of Spelman College, Harvard Graduate School of Education, and the University of Pennsylvania Law School. As a Fulbright Research scholar, Miriam studied the education system in Singapore. Miriam is currently a practicing attorney with a law firm in Atlanta, Georgia. 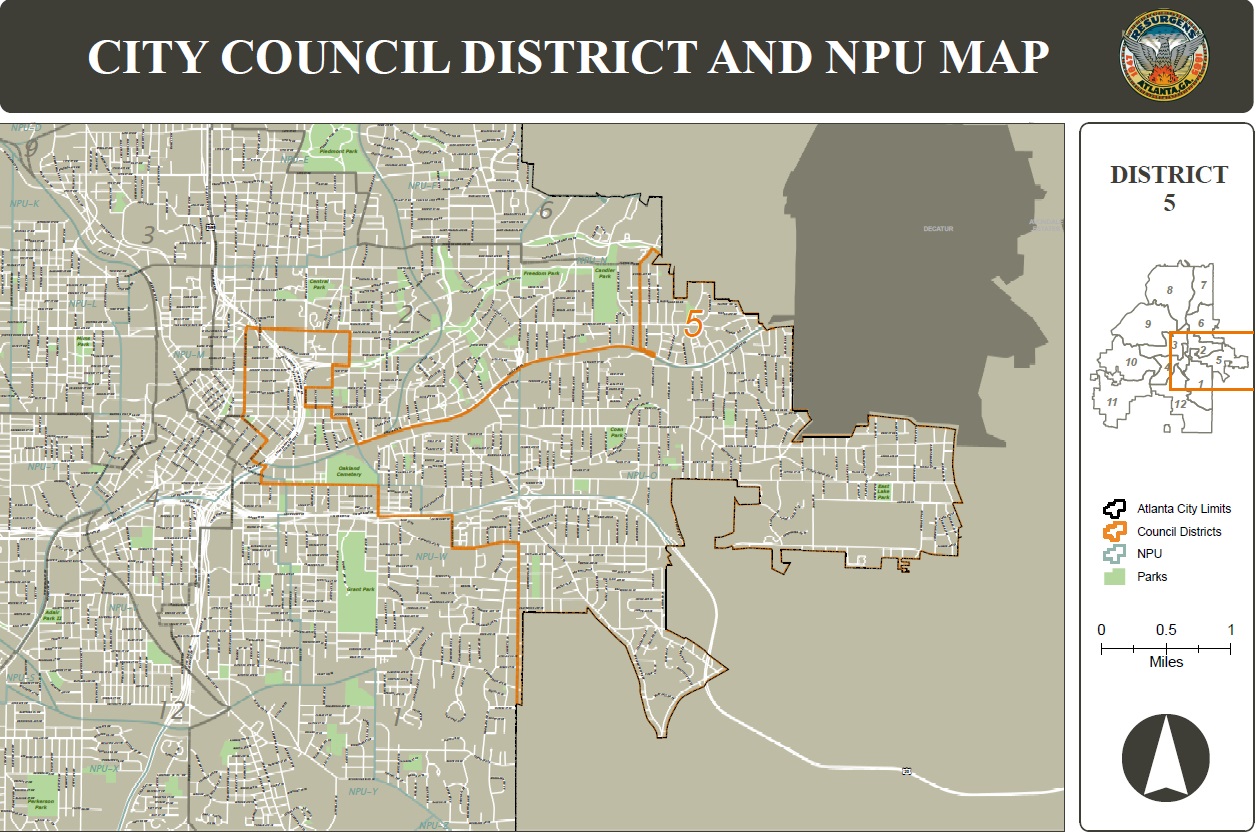