The Fulton County Board of Registration and Elections approved the addition of two early voting locations for the September 17, 2019 Special Election for County Commission District 6 and Atlanta School Board District 2.  The decision was made after the Board received community feedback.

These sites will be open in addition to the three early voting locations already in place for this election:

All five early voting locations will be open:

Registered voters can cast their ballots at any early voting site but must vote at their assigned precinct on Election Day, September 17, 2019.

Should you have any questions regarding this matter, please contact the Elections Office at (404) 612-7020.   If any changes are made to this timeframe, you will be notified immediately.

Attached is a packet received from the Fulton County Department of Registration & Elections with pertinent information for the Special Elections to be held Tuesday, September 17, 2019.

Should you have questions or concerns, please do not hesitate to contact the Fulton County Department of Registration & Elections at 404-612-7076.

Please review the enclosed notice from Fulton County regarding early voting and election day that will overlap at one location on October 15, 2019. 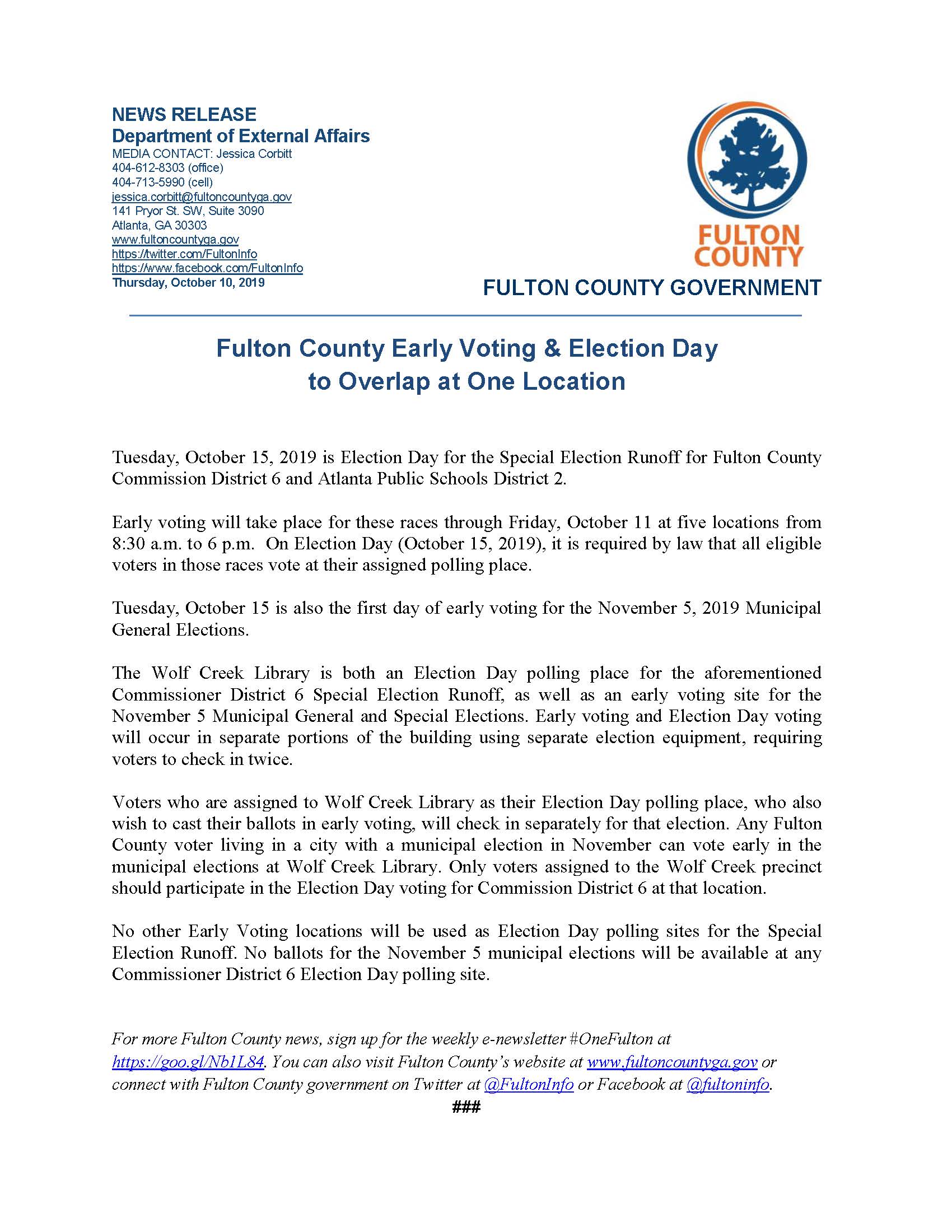