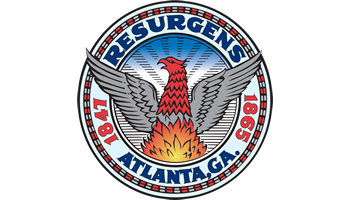 NOTICE OF PUBLIC HEARING ON PROPOSED REVENUE BONDS TO BE ISSUED BY THE CITY OF ATLANTA, GEORGIA WITH RESPECT TO HARTSFIELD-JACKSON ATLANTA INTERNATIONAL AIRPORT

Notice is hereby given that the City of Atlanta (the “City”) will hold a Public Hearing at 11:00 o’clock a.m., on July 16, 2019 at the City of Atlanta, Department of Finance, 68 Mitchell Street SW, 11th Floor Conference Room, Atlanta, Georgia 30303, which hearing may be continued or adjourned, concerning the issuance of revenue bonds by the City for the purpose of financing or refinancing certain improvements to a facility owned and operated by the City at Hartsfield-Jackson Atlanta International Airport located at 6000 North Terminal Parkway, Atlanta, Georgia  30320 and adjacent jurisdictions (the “Airport”), pursuant to the City’s plan of finance.  The City intends to issue revenue bonds in one or more series, from time to time, in an aggregate amount estimated not to exceed $990,000,000 to provide financing or refinancing for (A) the costs of the planning, engineering, design, acquisition and construction of certain improvements to the Airport as described in the Capital Improvement Plan for the Airport, consisting of (i) airfield renewal and replacement improvements, including renewing and replacing runway, taxiway, and apron pavement and shoulders, nonlicensed vehicle roads, lighting cables, and other airfield facilities, (ii) demolishing and replacing aircraft rescue and firefighting (ARFF) station # 40, (iii) airside modernization improvements, including replacing holdroom windows and ceilings, exterior facades, and renovating the AGTS pedestrian tunnel, (iv) landside modernization improvements, including renovating curbside facades, vestibules and doors, renovating check in and baggage claim lobbies, installing clerestory windows, construction of tubular steel canopies, construction of four pedestrian bridges with elevators and escalators, (v) Course T-North Extension improvements, including constructing five ADG III gates and approximately 100,000 square feet of new concourse space, constructing bypass taxiways, taxilanes and aprons, demolishing and replacing aircraft rescue and firefighting (ARFF) station # 32, a Delta GSE maintenance building, and a Georgia Power electrical substation, realigning North Terminal Parkway, reconfiguring the north parking exit plaza, and renovating and upgrading the holdrooms for nine gates at Concourse T-North, (vi) upgrading and renovating the gates at Concourses C-South and D-South, (vii) fire life safety compliance improvements, including upgrading and replacing exit doors and stairs, fire proofing, sprinklers, alarms, and smoke detection and control systems, (viii) terminal renewal and replacement projects, including replacing aircraft parking aprons, installing underground grease interceptors, renovating and improving the immigration level at Concourse E, and installing oversized baggage equipment, (ix) expansion of the passenger security screening checkpoint at the domestic South Terminal, including constructing additional lanes, relocating the Delta offices and other facilities, and constructing an additional escalator and elevator to the Concourse T AGTS station, and (x) constructing a new Delta SkyClub lounge at Concourse B; and (B) the costs of issuing the revenue bonds.

The hearing will be held before John Gaffney, Deputy Chief Financial Officer, City of Atlanta, in his capacity as Hearing Officer or such alternate hearing officer as may be designated by the City and may be continued or adjourned.

Further information regarding the proposed plan of issuing the revenue bonds or plan of finance, are of public record in the office of the City of Atlanta Department of Finance, 68 Mitchell Street, SW, Atlanta, Georgia 30303.

Any interested person having views on the proposed issuance of the revenue bonds or the plan of finance may be heard at the Public Hearing.